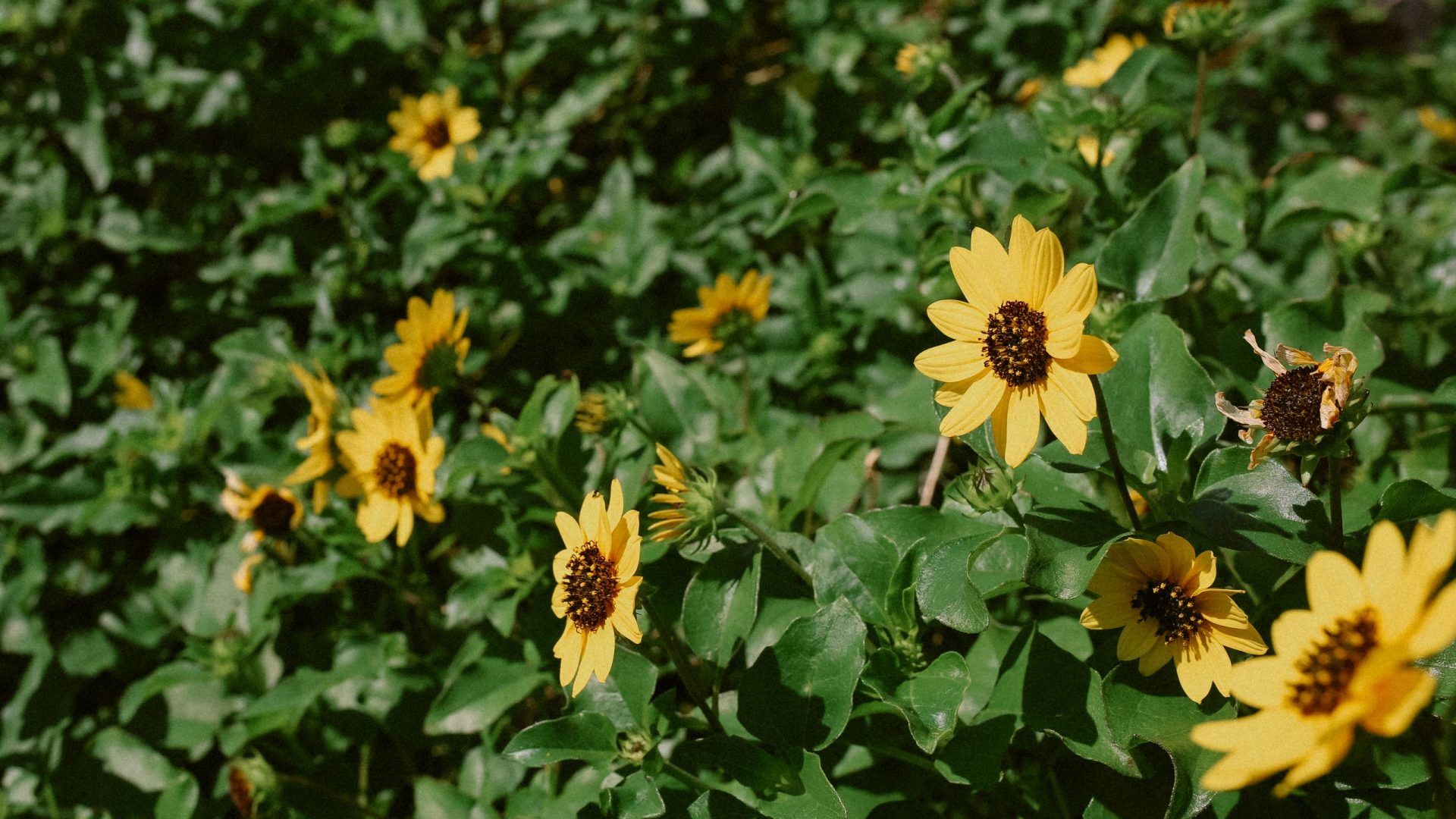 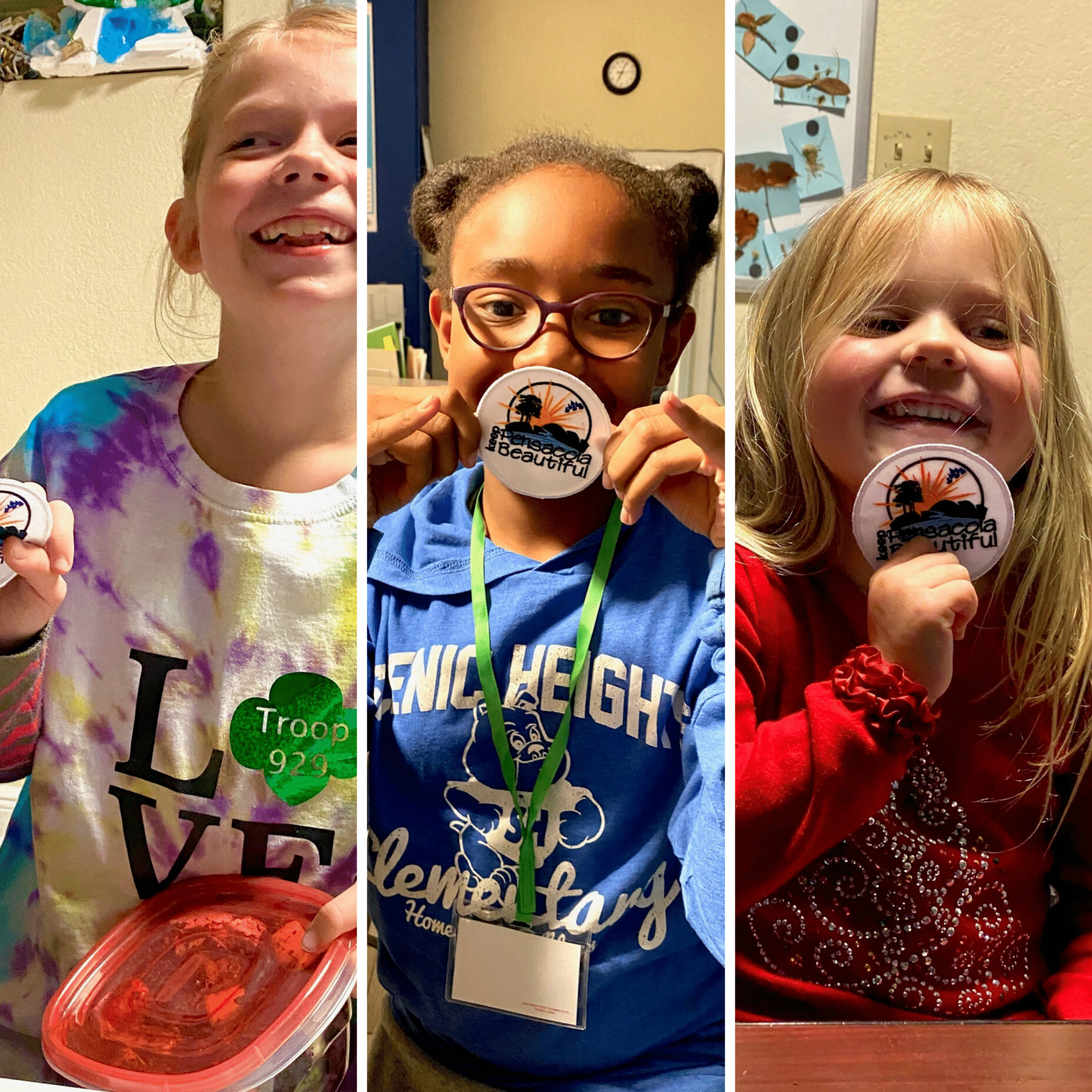 Keep Pensacola Beautiful has several opportunities for education, including a Girl Scout program that will allow each participant to leave with a brand-new patch! This article will outline what that event looked like. If your Girl Scout troop is interested in this education program, please contact Volunteer@keeppensacolabeautiful.org or call us at 850-438-1178!

The overall goal for the Girl Scout meeting that took place at Keep Pensacola Beautiful’s (KPB) office in December of 2019 was to focus on the “use resources wisely” component of the Girl Scout Law and to send them home with a KPB patch. Each activity (3 in total) was aimed toward providing the girls with strategies to combat the waste we produce each day. The girls did well absorbing the knowledge that was given to them and by the end of the hour, they were able to correctly sort everyday items into their proper waste bins.

To begin the meeting, nametags were issued, and everyone took turns introducing themselves. We stated the Girl Scout promise and went over the reason we chose “use resources wisely” from the Girl Scout Law. After a brief overview of the activities to come, we began! The first activity’s goal was to provide a real-world example of the waste we produce every day (literally in one recipe) and the strategies to combat it. We created a fruit salad, comprised of strawberries, bananas, oranges, grapes, apples, and pineapple juice. Each component produced some form of waste, whether it was the container it came in or the peel of the fruit itself. The girls each took turns deciding if their waste by-product should go into a bucket labeled “reuse”, “recycle”, or “compost”. We even asked them to place the kitchen utensils into one of the buckets. Each decision was briefly discussed. The girls were incredibly creative, saying things such as “an aluminum can be reused if you rinse it out and use it as a pencil holder”.  Once everyone understood the different ways they could properly dispose of their items and why, they were able to eat some of their hard work!

The second activity’s goal was to give the girls a hands-on experience regarding a way to utilize organic waste and even make it fun! The group was split into two teams and each were given an empty container. We briefly discussed what they already knew about composting and why it’s important. Then we started on creating each layer of a mini compost together! They placed a layer of coarse materials on the bottom (sticks & rocks). This allows water to drain and air to circulate. They followed this with a 1-2-inch layer of leaves that they were able to crush themselves. Plant byproducts are the best way to add carbon to your compost. A 1-inch layer of soil went in top of the leaves. They were then allowed to choose items from the “compost” bucket in the first activity to add a layer of biodegradable food waste. This adds items rich in Nitrogen to the mix. The whole container was topped off with another layer of soil. In a larger setting, this process can be repeated. If the mixture was too dry, a spray bottle was provided to add moisture. While there is much science that lies behind the composting process, it is very simple to do! The girls were given handouts on “Observing Composting”, “Compost Pile Troubleshooting”, and simple instructions on how to make a larger scale compost with their parents at home. If you’d like to dive deeper in composting, check out our article on it!

The third and last activity allowed the girls to apply what they learned from the first two tasks in the form of an energy expelling game. The 3 bins (“reuse”, “recycle”, and “compost”) were set up at one end of the room. The girls were again broken into 2 teams and asked to stand at the other end of the room. They were each given pictures of common waste items. It was explained that they were to pick a picture and decide which bin the item should go in. They would run to the bin, drop it in and run back to tag their teammate that is next in line. They were to play in this relay-race fashion to place each picture in the correct bin. The fastest team and the one with the most correct items, will win! It ended up that the teams tied, as the team that was barely fastest, also had 1 item misplaced. We called it a truce.

To close, Keep Pensacola Beautiful staff and the Girl Scout troop recapped what we accomplished and how it fits with the “use resources wisely” from their Law. KPB patched were awarded and we ended with a friendship circle.

If you think your Girl Scout troop would be interested in going through these activities to receive a patch from Keep Pensacola Beautiful, please do not hesitate to reach out to us! We also offer badges with a completely different set of educational projects!